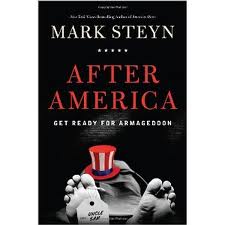 Some Baby Boomers regard Mark Steyn as the social commentator who has most betrayed his generation. But there might be an argument that Steyn, born in 1959, does not properly qualify as a Boomer. He was too young in 1967 to appreciate the celestial significance of the Summer of Love when 100,000 Boomers converged on Haight-Ashbury and ingested vast quantities of psychoactive drugs in search of peace, love and understanding. For Mark Steyn and his immediate contemporaries, John and Yoko’s bed-ins were less about the dawning of the Age of Aquarius than the disturbing tale of two middle-aged poseurs addicted in equal measure to drugs and media attention.

Posted by Daryl McCann Online at 20:04