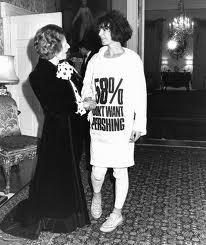 What I miss most about being on the Left is getting something absolutely wrong and yet retaining the high moral ground. The resurfacing of the celebrated/notorious photograph of fashion designer-activist Katharine Hamnett posing with Margaret Thatcher brought it all back to me. Last week several leftist media outlets were quick to post the 1984 shot of Hamnett sporting an over-sized T-shirt with “58% DON’T WANT PERSHING” emblazoned across the front. One correspondent, probably not born at the time, claims the Iron Lady “made a noise like a chicken” when she realised Hamnett was setting her up for the cameras. “Legend has it,” the trusty columnist continues, Thatcher immediately ordered a “bankrupting audit” of Hamnett’s business. If “legend has it”, how can it be otherwise?

Nationalism and Identity Politics in Israel 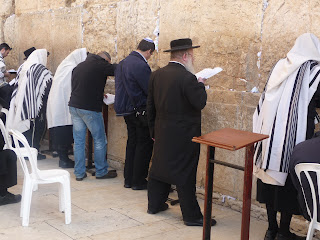 The nation-state concept long ago lost its allure for many of those on the Left. Perhaps they take the lyrics of John Lennon’s much celebrated song a little too seriously:

Imagine there’s no countries
It isn’t hard to do
Nothing to kill or die for
And no religion too ...
Sarah Schulman, author of Israel/Palestine and the Queer International, is so repelled by the notion of patriotism that she prefers to identify her abode as New York rather than the United States. Daniel Gordis, at the other end of the spectrum, presents in The Promise of Israel a case against fashionable one-worldism. Both Schulman and Gordis use the case of modern-day Israel to support their disparate worldviews.