The Terrorist Delusions of Robert Redford 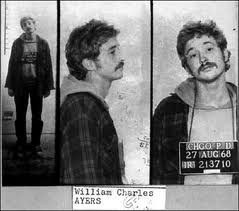 Have you noticed how the modern-day Left tends not to be at war with itself as it was in the old days? No more internecine sniping over doctrinal purity. No more blame game. Where’s that old-time fissiparous spirit when you need it? These days it seems the only crime a leftist can commit in the eyes of another leftist is apostasy. The current imperative – as exemplified by The Company You Keep – could be a line lifted from a Soviet-era poster: “Comrade, leave no radical behind!” 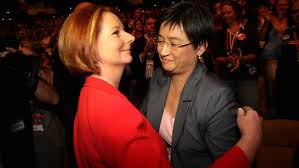 Is Kevin Rudd a charismatic nut job? A man who is so duplicitous and despotic that the business of running the country became paralyzed under his first prime ministership? So monomaniacal that for three solid years he furtively undermined Julia Gillard at every opportunity until he at last destroyed her? All of this, remarkably, has been suggested by those in the best position to know, Australian Labor Party parliamentarians, from Senator Wong to Bill Shorten and Kate Ellis. Why, then, have these ostensibly sane people done the bidding of a highly dysfunctional character – again, their depiction – by allowing themselves to be embroiled in his revenge fantasy?

At 6:00 p.m., on Monday June 17, 2013, the Standing Man came to a standstill in the middle of Istanbul’s Taksim Square. After undoing his backpack, and placing it on the pavement next to him, he quietly fixed his eyes on the giant picture of the founder of the Turkish Republic, Mustafa Kemal Atatürk (1881-1938). Though Recep Tayyip Erdogan, the Islamist Prime Minister of Turkey, has removed Atatürk’s likeness from all school textbooks, he carelessly left this image of his secularist antecedent atop the Atatürk Culture Centre, immediately adjacent to Taksim Square. Hundreds of Standing Men – and, crucially, Standing Women – soon joined the silent protestor. 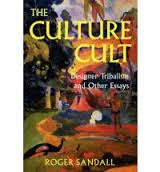 Back in 1965 Roger Sandall (1933-2012) became the first full-time documentary film director at the Australian Institute of Aboriginal Studies. Sandall made nine documentaries during his eight-year tenure at the Institute, Emu Ritual at Ruguri winning first prize at the 1968 Venice Film Festival. In spite of this, all of them, shockingly, were suddenly banned from public viewing in the early 1970s and have remained so ever since. The proscription of his ethnographic films prompted Sandall to write a seminal work, The Culture Cult (2001), which explores the genesis of a revolution that has seen free men and women throughout the world allow themselves to be bound and gagged.

A Loud and Empty Suit in the Chicago Style 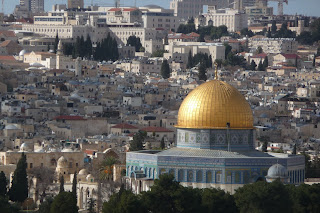 The strange case of the 44th President of the United States becomes more curious by the day. From as early as August 2010, according to Mark Steyn, Barack Obama began denouncing “groups with harmless-sounding names like Americans for Prosperity”. Shortly thereafter the Internal Revenue Service (IRS) waged a covert war against any American organisation with “Tea Party”, “Patriot” or “Constitution” in its title. Richard M. Nixon’s dastardly Committee for the Re-election of the President (CREEP) seems rather innocuous compared to the Obama courtiers who set the IRS dogs onto political opponents.

Posted by Daryl McCann Online at 21:19