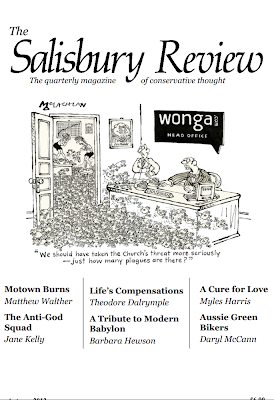 British-born journalist Nick Cater emigrated to Australia in 1989 and his career never looked back. For nine years now he has been a senior editor at Murdoch’s flagship newspaper The Australian. Cater’s The Lucky Culture: And the Rise of an Australian Ruling Class (2013) argues that the good old days of Australian egalitarianism are now under threat from “a knowledge-owning nobility”. Cater asserts that where a spirit of fraternity and mateship once held sway in our young nation, and with it a sense of fairness and non-doctrinaire tolerance, now divisiveness rules. “Classless Australia” might be becoming a thing of the past.

Delusional to the end, Labor stays the course 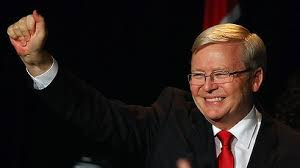 Emotions, to paraphrase Clive James, are a tricky thing. In the midst of defeat a sense of hopelessness can often prevail, when hope is the quality required in such a situation. Conversely, during times of triumph it is humility, or at least clear-headedness, that serves us better than haughtiness. This particular reflection, admittedly, occurred to me as television pundits began calling the September 7, 2013, election for Abbott – and I sipped a celebratory glass of a 1996 Barossa shiraz.

To continue reading the article, click on this link:

The Determination of Margaret Thatcher 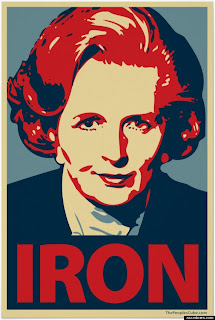 In 1960, the political philosopher F.A. Hayek wrote an essay entitled “Why I Am Not a Conservative”. Any conservative who expresses admiration for Hayek can expect to be challenged at some point for the alleged paradox of their position. Margaret Thatcher, a self-declared devotee of Hayek’s work and Leader of the British Conservative Party (1975-90), was once questioned in a BBC interview about the incongruity of her stance. The Iron Lady waved aside the objection. According to Charles Moore’s authorised biography, Not for Turning (2013), she was right to assert a connection between Hayek and the Conservative Party – her rendering, at least, of the British Conservative Party.