The class struggle is over. Christopher Hitchens, Marxist polemicist to the world, is no longer a man of the Left. On some days, confesses Hitchens, apostasy leaves him with a feeling akin to “the phantom pain of a missing limb”. On other days the sensation is more like “having taken off a needlessly heavy overcoat”. No more does he believe in a radiant socialist future and increasingly reflects “upon the shipwrecks and prison islands to which the quest has led”. Nevertheless, in his lively memoir, Hitch-22 (2010), Hitchens argues cleverly and in the end persuasively that advancing age has not betrayed the principles of his youth, and that he continues to be as radical and adversarial as ever. 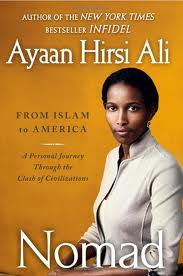 Few have experienced a more precipitous learning curve than Ayaan Hirsi Ali. Somalia’s most famous (or notorious depending on your perspective) emigrant has completed a second autobiography, Nomad: A Personal Journey Through the Clash Of Civilizations (2010) at the relatively young age of forty. If her life continues to be as eventful as it has been until now – and her round-the-clock security regime does its job properly – we may see many more memoirs penned by the brave and articulate Hirsi Ali. 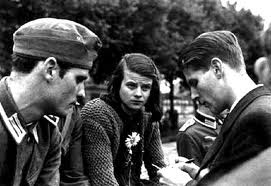 Malcolm Muggeridge once dismissed Clive James’ appetite for culture with the quip: “He seeks it here, he seeks it there, he seeks it everywhere.” The inference being that ‘Australian intellectual’ constitutes an oxymoron, and Clive James learning Russian (not to mention Spanish, Italian, German, French, Polish, Japanese and the rest) in order to read non-English works in the original was akin to putting lipstick on a pig. Maybe James was still smarting from that long ago taunt because in Cultural Amnesia he indulges himself with a couple of brief (and gratuitous) digs at Muggeridge. 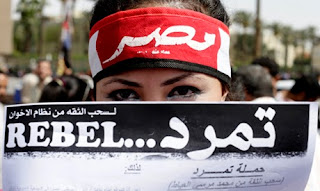 President Obama’s Middle-East policy is now on the ropes. His man in Egypt, the Muslim Brotherhood’s Mohamed Morsi, has been brought down by the Egyptian Armed Forces. The vast crowd in Cairo’s Tahrir Square burst into joyous celebration at the announcement of the news. “Freedom! Freedom!” Their pride and pleasure would have contrasted with the mood inside the White House. The loss of Morsi constitutes not only a deadly blow to the global ambitions of Sunni supremacists in the grip of apocalyptic millennialism, but also an enormous setback to Obama’s standing on the world stage.

Posted by Daryl McCann Online at 09:21