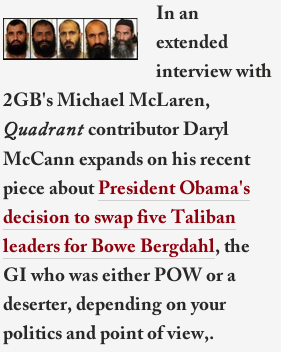 To hear the interview, click the following link:
http://www.2gb.com/audioplayer/49106#.U5unQo2Sxbu

Posted by Daryl McCann Online at 18:48 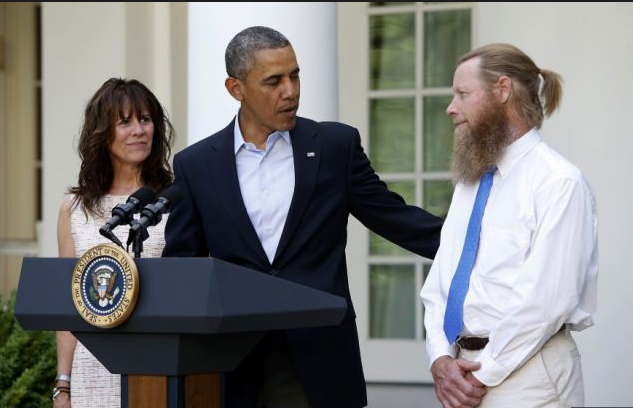 Celebrity Fox News reporter Geraldo Rivera defended President Obama’s arrangement for the return of Sergeant Bowe Bergdahl with the following line: “Wars end when you negotiate with your enemy.” The truth, of course, is slightly different. Change the order of the wording and we get closer to the mark – When wars end, then you negotiate with your enemy. Geraldo Rivera was almost telling the truth. We could, in fact, say that Obama and his defenders are forever almost telling us the truth.

To keep reading this article, click the following link:
http://quadrant.org.au/opinion/qed/2014/06/obamas-bad-bargain/

Posted by Daryl McCann Online at 20:17 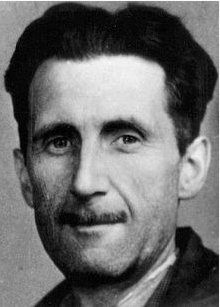 "During times of universal deceit, telling the truth becomes a revolutionary act." G.O.

As Tony Abbott’s Coalition government warns the Australian people of a tough budget ahead to pay back debt incurred from six years of Rudd-Gillard’s reckless spending (2007-13), a sense of déjà vu pervades the land. We have been here before. After the Whitlam debacle (1972-75), it was Fraser’s Coalition administration (1975-83) that had to repair the nation’s finances. Similarly, Labor’s Paul Keating bequeathed his nemesis, John Howard, a $96 billion debt – not an astronomical figure in today’s terms, perhaps, but quite something back in 1996.
Read more »
Posted by Daryl McCann Online at 20:17

The Looming Prospect of a Second Cold War 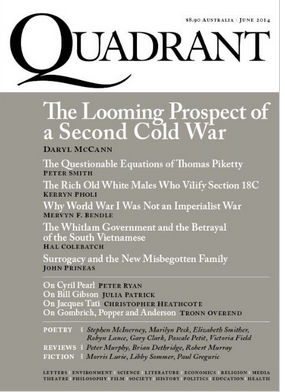 After Russia’s annexation of Crimea in March this year, President Obama had this to say about President Putin in an interview on CBS News:

He’s been willing to show a deeply held grievance about what he considers to be the loss of the Soviet Union. You would have thought that after a couple of decades that there’d be an awareness on the part of any Russian leader that the path forward does not revert back to the kinds of practices that, you know, were so relevant during the Cold War.

In April 2005, on national Russian television, Vladimir Putin lamented that the dissolution of the Union of Soviet Socialist Republics (USSR) left tens of millions of his fellow countrymen outside Moscow’s command. The break-up of the Soviet Empire was “the greatest geopolitical catastrophe of the century”. Clearly, President Putin’s understanding of “the path forward”, which aims to reconcile the reach of the Soviet Empire with a born-again Holy Mother Russia, contrasts sharply with six years of President Obama’s multilateral New World Order.

To keep reading the article, click this link:
http://quadrant.org.au/magazine/2014/06/looming-prospect-second-cold-war/

Posted by Daryl McCann Online at 00:49