The Delusions of Modern Progressives 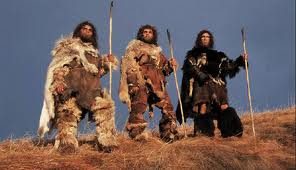 Roger Scruton’s conservative thinking might be labelled “High Toryism for Common People”. While his work has much of its genesis in English traditionalism, Scruton’s 2005 memoir, Gentle Regrets, is hilariously scathing of those who carried its banner in the second half of the twentieth century. This former grammar school boy turned against the Left after witnessing the 1968 student uprising in Paris and the arrival of “institutionalized nihilism”, but found little solace in his subsequent engagement with the British Conservative Party. Horrified at the inanity of upper-class Party stalwarts whose attachment to Tory doctrines in the mid-1970s was less a reasoned exercise than an “inherited disability”, Scruton nevertheless refused to accept Thatcher as the solution to moribund Toryism. Instead of enlisting as an intellectual Conservative, Scruton became a conservative intellectual, a particularly thankless and unpopular vocation in the 1970s. 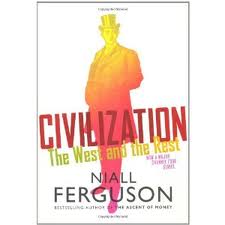 On March 7, 1989, thirty-two-year-old Winfried Freudenberg’s makeshift balloon crash landed, securing him the posthumous honour of last person to die escaping across the Berlin Wall. A month before, on the night of February 6, Chris Gueffroy, aged twenty, was shot ten times in the chest while attempting to flee East Berlin in the vicinity of the Britz district canal. All four East German soldiers involved in the murder of Gueffroy were duly presented with a GDR medal and 150 East German marks. What brave souls like Gueffroy and Freudenberg did not know—and, according to perhaps the most important thesis in Niall Ferguson’s Civilization: The West and the Rest, could not know—was that eight or so months later, on the night of November 9, 1989, an opening would miraculously appear in the Wall.

It's Really about Freedom 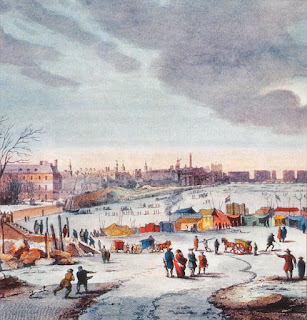 The Green movement, contends James Delingpole in Killing the Earth to Save It, is essentially a religion with a “suicidal, mankind-hating, technology-loathing, apocalyptic vision of the world”. Delingpole effortlessly makes the case by simply quoting the words of the true believers themselves, such as naturalist and BBC television personality Chris Packham. When asked by a magazine interviewer what animal he might not mind becoming extinct Packham replied: “Human beings. No question. That’s the only one.” According to Delingpole, for modern-day environmentalists the continuing presence of mankind on Earth can only be “deleterious to the planet’s interests”. In their quest to purge the world of Western industrial civilisation, the so-called science of Catastrophic Anthropogenic Global Warming (CAGW) has proved a weapon of great power.

Deluded Tyrant in the Kremlin 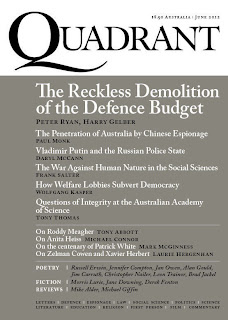 In December 1564, Ivan IV took himself off into exile. From the remoteness of Aleksandrova Sloboda he wrote two letters to officials in Moscow, one announcing his abdication, the other stipulating that he would return to the throne only on condition he be granted absolute power. There were positive aspects to Ivan’s rule, especially in the earlier years, and “Fearsome” rather than “Terrible” might be a better rendering of his popular designation, and yet there is something wretchedly Russian about those obtuse boyars pleading, in the end, for Ivan’s royal restitution. Masha Gessen’s The Man Without a Face and even more so David Satter’s It Was a Long Time Ago, and It Never Happened Anyway do nothing to disabuse us of the notion that Russia as a whole remains clueless when it comes to addressing the most basic principles of democracy and the rights of the individual.

In August 1999, Boris Yeltsin announced that Vladimir Putin, Head of the Federal Security Service (FSB), was to be the new prime minister of Democratic Russia. Shortly thereafter, contends Gessen, the FSB made Yeltsin an offer he could not refuse. If Yeltsin allowed Putin to replace him as the president of the Russian Federation, Yeltsin could expect to enjoy the full protection of the intelligence service for the rest of his days, along with immunity from prosecution for any transgressions committed during a decade in office. The ailing and politically vulnerable Yeltsin assented. For almost seventy years the Chekists had been the sword and shield of the Communist Party of the Soviet Union. Now, thanks to the demise of the USSR and Yeltsin’s instinct for self-preservation, a criminal cabal with a lineage dating back to Dzerzhinsky’s Cheka commenced ruling Russia in its own right.